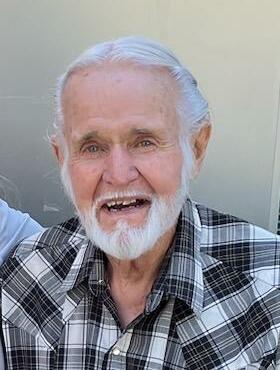 Please share a memory of Jerry to include in a keepsake book for family and friends.
View Tribute Book

Jerry A. Williams, 80, of Olivehurst, California passed away on Sunday, November 27,2022 in Oroville, California.

Jerry was born in Texas to Willie A, Williams & Enid H. Baulch on July 30, 1942. In 1959 he joined the Air Force and served during the Vietnam War. In 1964 Jerry married Linda Silva and had two daughters, Tammy L. Burns married to Jesse D, Burns, and Stacy Williams.

The family of Jerry A. Williams wishes to extend our sincere thanks to all of the medical professionals at Mather Air Force Base Medical Center and all of the nurses from Hospice like Sherri that ensured my dad was comfortable at the end of his life.

To send flowers to the family or plant a tree in memory of Jerry Williams , please visit Tribute Store
Thursday
8
December

Share Your Memory of
Jerry
Upload Your Memory View All Memories
Be the first to upload a memory!
Share A Memory
Send Flowers