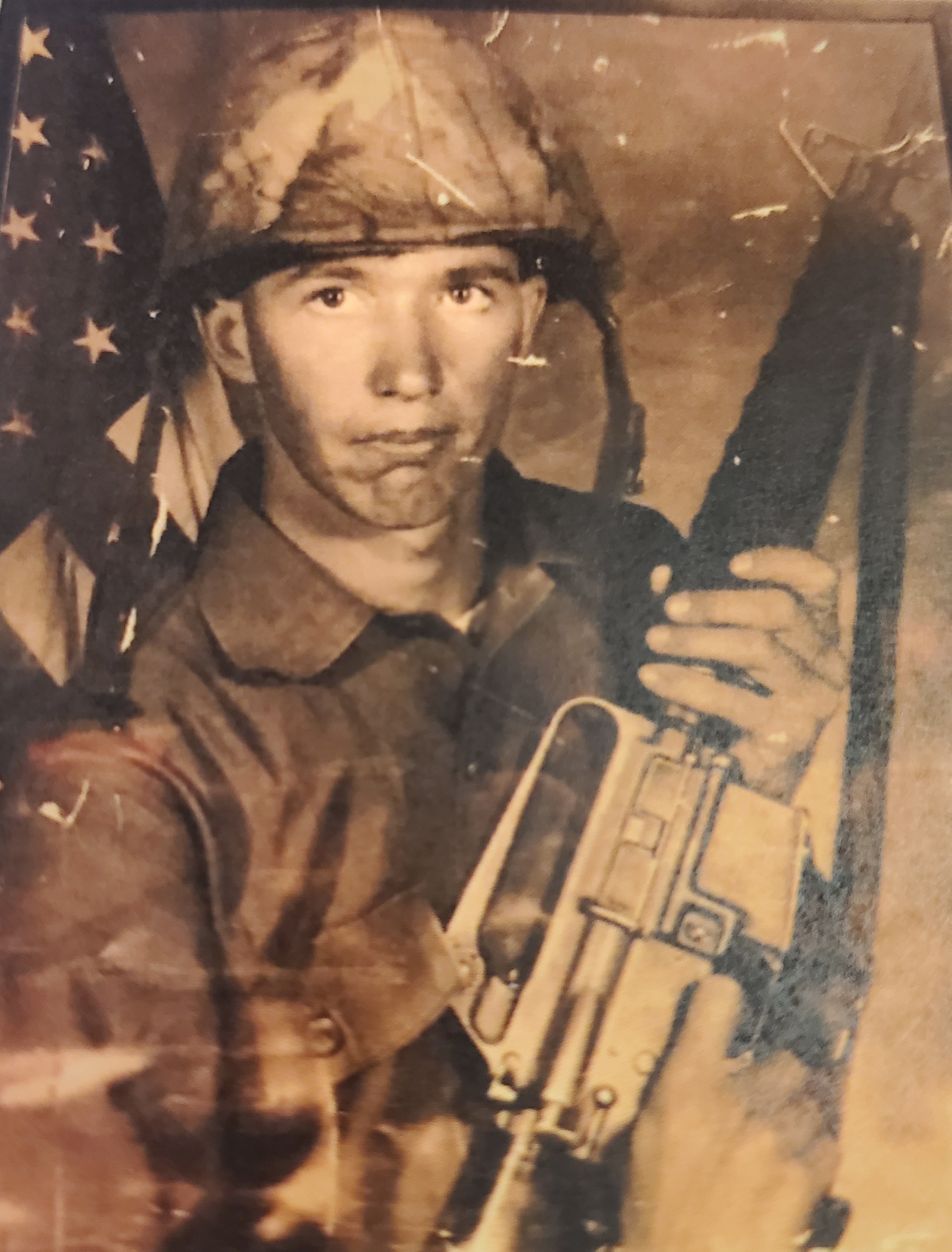 Please share a memory of Terry to include in a keepsake book for family and friends.
View Tribute Book

Terry L. Meshew of Browns Valley passed away peacefully on November 6, 2022
at the age of 68 after his battle with cancer. He was preceded in death by his
parents, Harley and Betty Lou Meshew, and survived by his loving wife Sherri
Meshew, along with his sister in laws, Wendi West (Jeffery), and Sandra Martinez
(Anthony) and brother-in-law Daniel Stote (Dana). Born in California, Terry
graduated from high school in Decatur Georgia, and attended Puget Sound
Community College earning an associate’s degree in horticulture. He enjoyed his
time there and was voted President of the campus Horticulture Club
Terry honorably served in both the Army and Marine Corps. In the Army he was a
member of Special Forces. He enjoyed studying all facets of Military science. He
retired from the Army in 1995 as a First Sergeant having served both stateside
and overseas including Egypt Germany, Panama, and Vietnam where he earned
multiple awards for his service including the silver star – the third highest award
for valor available in the Military. He was a proud member of the Manchus – the
9 th Infantry Regiment - and lived the motto “Keep up the Fire.”
Terry loved helping his wife with their ceramic business, and enjoyed traveling
and working his 11 acre farm. His humor and wry sense of the world will be
missed by all that knew him. A celebration of life will be held at a later date.
Terry’s final resting place will be at the Sacramento Valley National Cemetery.

The family wishes to thank all the nurses and doctors who provided excellent care
for him as he battled cancer.

To send flowers to the family or plant a tree in memory of Terry Meshew , please visit Tribute Store
Online Memory & Photo Sharing Event
Online Event
About this Event

Look inside to read what others have shared
Family and friends are coming together online to create a special keepsake. Every memory left on the online obituary will be automatically included in this book.
View Tribute Book
Services for Terry Meshew
There are no events scheduled. You can still show your support by sending flowers directly to the family, or planting a memorial tree in memory of Terry Meshew .
Visit the Tribute Store

Share Your Memory of
Terry
Upload Your Memory View All Memories
Be the first to upload a memory!
Share A Memory
Send Flowers