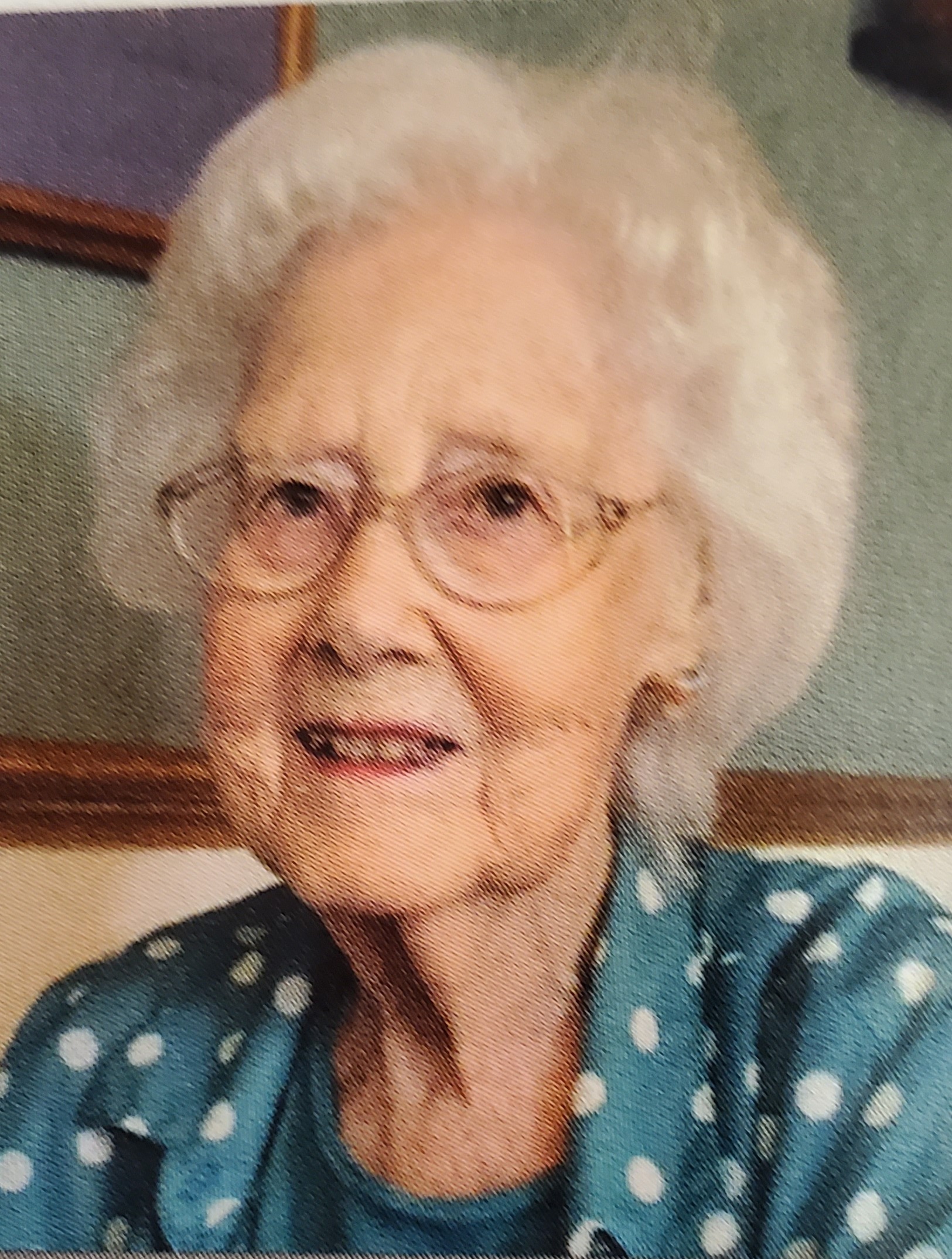 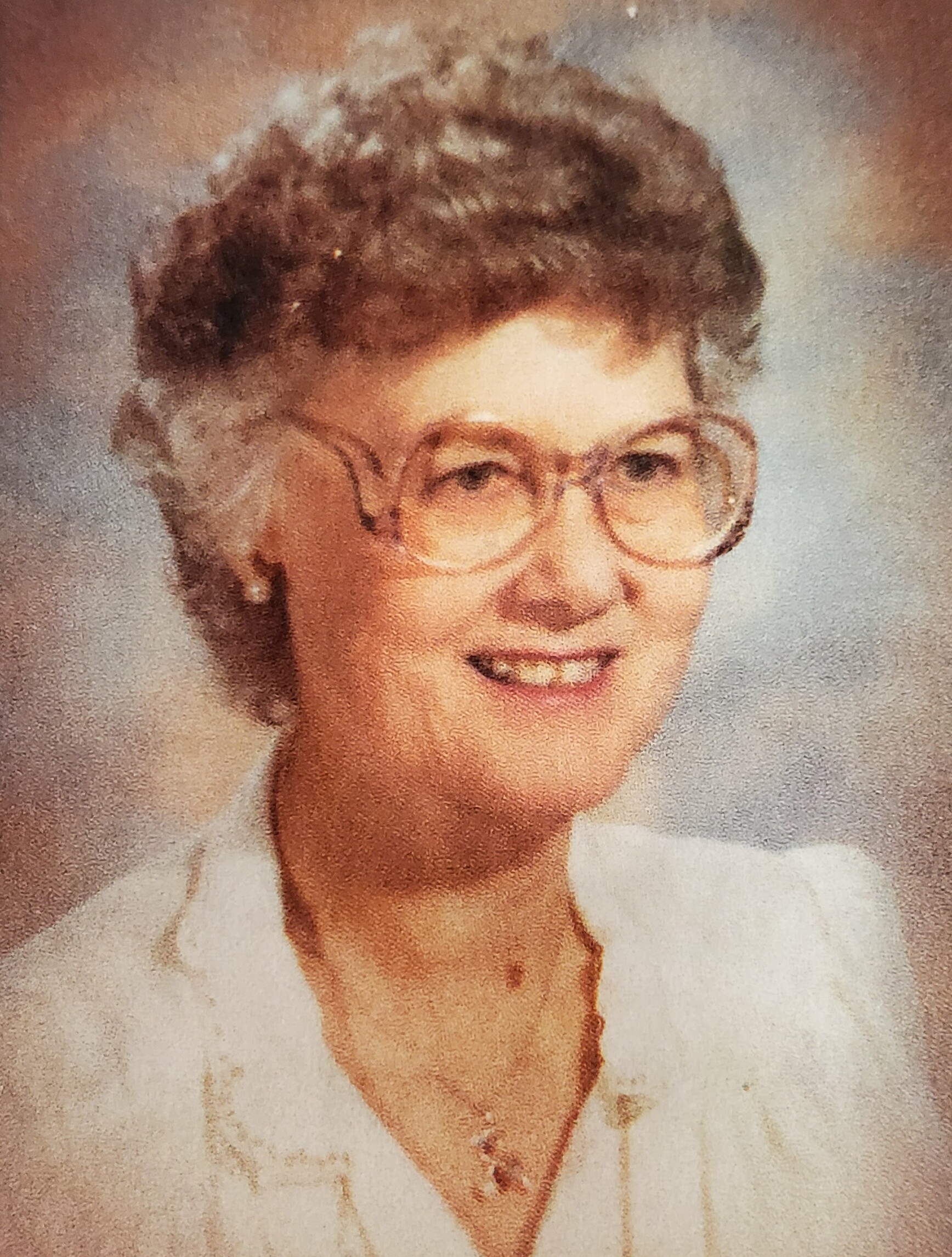 Please share a memory of Ivadel to include in a keepsake book for family and friends.
View Tribute Book

Glen Raley of the First Methodist Church is officiating at the memorial/funeral entombment. March 8, 2022 at Sierra View Mortuary & Memorial Park.

Ivadel was born in Utica Montana to Carl and Mary Ann (nee Stoutenburg) McGuire on Aug. 5, 1922. She went to elementary school in several towns during the Depression but graduated Grants Pass High School in 1939 at the age of 16. She worked at a Wood Products Company in Grants Pass, Oregon and that is where she met her first husband and father to her girls, Cecil Glen Cleveland; they married in 1941. They had four daughters. While Ivadel still had a young family and living in Olivehurst, she started back to college. She did excellently at Yuba College and got her degree at Sacramento State. She started teaching school in 1962.

Ivadel was an Elementary School teacher for over 20 years in Olivehurst at Ella School and Johnson Park Elementary and after retirement, substituted in Sacramento. Taught ESL classes to Hmong and others needing second language classes. She lived in Sacramento for a while and was docent for the History Center there. That was where she met her second love, Gordon Schmaus. Both were active in the Methodist Church; and found they were both eager to be part of the church and both were widowed. As a Friend of the Preservation of Yuba County History, she did the guided tour of the First United Marysville Methodist Church in 2008. So many clubs and associations. Daughters of

The Nile, PTA, Retired Teachers, Dolls, Square Dance group (until her 90s.), Stoutenburg-Teller Family Association (ancestry research); After Ivadel married Gordon Schmaus in 1991 she, along with Gordon, became a world traveler. She almost got to every continent except India and Antarctica. The list of countries was amazing. British

Isles, Spain and Portugal, the Balkans and parts of Russia, the Fiords, The Holy Lands, Turkey, Australia, New Zeeland, Tahiti, Central America, South America, Brazil and Argentina, Peru; China several times and Japan multiple times. There were many days spent in Hawaii. After she retired she also helped in her granddaughters' classrooms and did a report for her great-grand daughter's class using a room mascot (a stuffed bear) as her chronicling sidekick, traveling companion, to South America. The "bear" took notes and reported back to the students where he had been and what he had seen. Always showed a great interest in history and geography.

On the domestic side, I can hardly believe all the baby hats and booties and blankets she crocheted. She liked to embroider. And she could make upholstery and curtains and made many dresses and outfits for us as we were growing up. Little hooked rugs for the grandson's rooms. Afghans galore. She never forgot a birthday or a graduation. She supported many charities and Veteran's organizations. Loved the church bazaars or rummage sales.. She always bought more items than she needed.

Ivadel knew poverty as a child but she worked hard and was determined to change her circumstances. With her innate intelligence she found a way to complete her college degree as an adult in spite of many obstacles. Her early years she worked as a helper for board and room as a housemaid. She and her sister both worked from the time they were twelve. The people they worked for, luckily were kind people. They also worked in the hop fields in the Summer to make extra money. To help pay for college as an adult she worked Summers in the cannery or frozen foods packing. She was thrilled when she became a teacher and never really stopped being one.

In death there is life. Is this consolation

To send flowers to the family or plant a tree in memory of Ivadel Schmaus, please visit Tribute Store
Tuesday
8
March

Share Your Memory of
Ivadel
Upload Your Memory View All Memories
Be the first to upload a memory!
Share A Memory
Send Flowers